I did an interview a few days ago for a radio program here in Canada and many questions were about self-actualization and the actualization trainings that I’m doing these days—the Unleashing of Health Potentials; the Unleashing of Your Wealth Potentials, etc.
“What is Self-Actualization?”
“Why Self-Actualization?”
“What do you know that you have actualized a potential?”
“What are the signs or clues of the self-actualizing life?”
Later another person at the training asked about the new series of Self-Actualization trainings.
First he wanted to know what workshops were already available and their focus. Later when several others were asking the same questions, I thought it might be good to recapitulate the current workshops on Self-Actualization.
1) The Unleashing of Potential: the Ultimate Self-Actualization Workshop.
The process of how we can unleash potentials through the Construct, the Crucible and the Zone. The design is to develop the ability to unleash at least one potential and to learn the process. If you can unleash one and know how, then you can unleash many!
2) Creativity and Innovation.
Self-actualization unleashes each person’s creativity, first to create oneself and then to create one’s expression of uniqueness in the world. Within a business or community, this leads to creative products and services. To facilitate that there’s four conversations. It begins with a well-formed outcome, then a well-formed problem to creatively solve; then a well-formed solution, and finally a well-formed innovation.
3) Unleashing Leadership.
Creative organizations do not just happen, they are led, they are created. Self-actualizing companies are created by self-actualizing leaders with a vision for self-actualization throughout the company at all levels by all people.
Then the company becomes a great place to work and full of people tapping into their human capital of intelligence and creativity.
And that will unleash the company from most of the problems that plagues companies today— low satisfaction, engagement, and retention by employees, little loyalty by customers or shareholders, poor quality of products and services, etc. Next he wanted to know more about the self-actualization focus.
Why this focus?
Where will it lead?
And of course, the answer goes back to the “secret” history of NLP as part of the Human Potential Movement —that the NLP Presuppositions that came through Satir and Perls originated with Maslow and Rogers. This means that self-actualization actually is the larger frame of NLP.
So while I used to think that NLP was about “running your own brain” so that you could manage your state, there’s a much larger frame. Running our own brain is only one aspect of unleashing our potentials.
There is much more.
Maslow’s modeling of the bright side of human nature was the first modeling project of excellence in human beings from the psychological perceptive.
Forty-five years before Bandler or Grinder began modeling Fritz Perls or Virginia Satir, Maslow was modeling Max Wertheimer and Ruth Benedict and then hundreds and then later, thousands of self-actualizing people. So why self-actualization? Because that’s the ultimate objective of all NLP processes—to make real (actualize) our highest values, visions, and talents.
And when we do that, we facilitate the process of making our lives richly meaningful and effective. The content is up to each person; the structure of meaningful performances and performing meaningfully is the heart of Neuro-Semantics and why both Neuro-Semantics and Self-Actualization fits onto the Meaning / Performance Axes. So the self-actualization focus enables us to take any particular area and ask the meaning— performance questions. We can do this with creating wealth or health, we can do this with developing leadership or coaching skills, we can do with relationship or business goals. Think of anything and the twin axes of meaning and performance govern it being richly meaningful:
I. What does this mean to you? What is the richest meaning you could give it?

II. What actions enable you to live out these meanings fully?

III. What’s your vision and value in these actions?
IV. What is the next level of competency to develop that will give you even more ability to translate the meaning into life?
The self-actualization focus is the very focus of Neuro-Semantics because the bottom line is that of actualizing in performance the meanings (semantics) that we create in our minds.
Are you ready to do what you know?
To your highest and best!
Michael Hall
Self-Actualizing Leaders and Companies
— 11-12-13 December 2009 Italy —
CLICK HERE FOR THE WORKSHOP
WATCH THE VIDEO OF MICHAEL HALL
CLICK HERE TO STEP INTO NEURO-SEMANTICS
Tweet
Pin
Share
0 Condivisioni 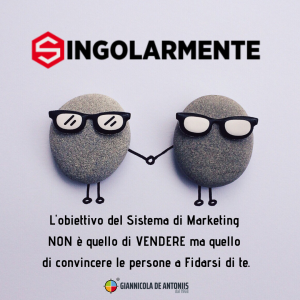